International Rhino Foundation is FIGHTING FOR THEIR SURVIVAL

IRF is based in the United States and operates on-the-ground programs in Africa and Asia where rhinos live in the wild,

supporting viable populations of the five remaining rhino species and the communities that coexist with them.

Here is one of the Yaatree a greater one-horned rhino.

Yaatree, whose name means "traveler" in Hindi, is one of the newest greater one-horned rhinos to arrive to Manas National Park. He is part of an ongoing translocation program and it is hoped that he will soon breed with the females in the park to help the population continue to grow in Manas and throughout India and Nepal.

The International Rhino Foundation is established in the United States and runs on-the-ground activities in Africa and Asia where rhinos dwell in the wild.

ensuring the survival of the five surviving rhino species, as well as the communities that interact with them 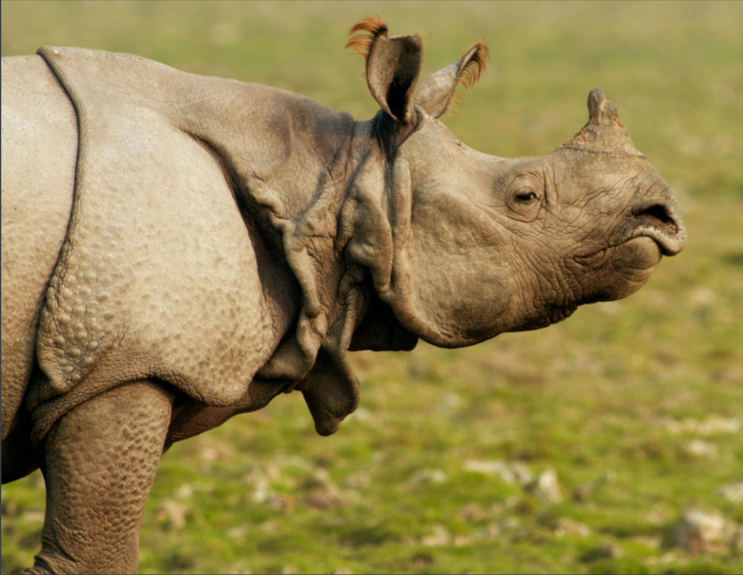 Here is a larger one-horned rhino from the Yaatree.

Yaatree, whose name means "traveler" in Hindi, is one of the park's newest larger one-horned rhinos. He is part of an ongoing translocation effort, and it is anticipated that he will soon breed with the females in the park, allowing the population in Manas and throughout India and Nepal to continue to flourish. 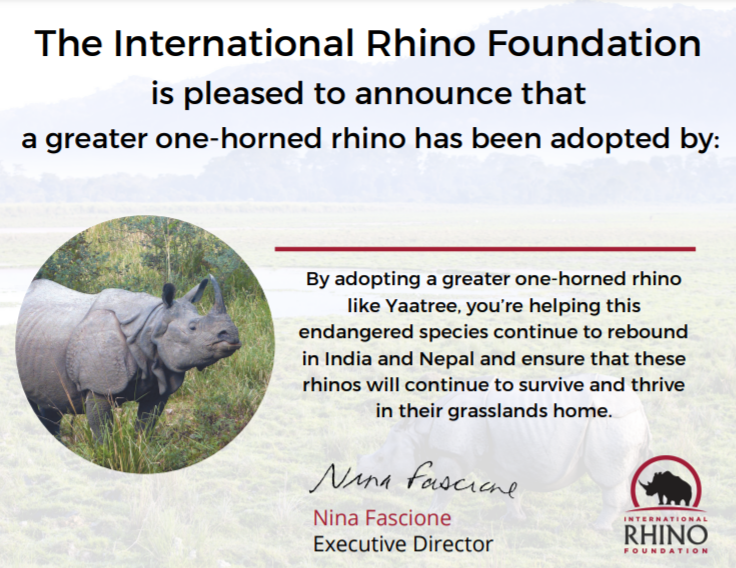 MAKE A DIFFERENCE FOR RHINOS AND THE COMMUNITIES THAT LIVE WITH THEM BY DONATING THROUGH IRF and assisting in the survival of their species.